On a sunny day in January 2019 villagers encountered a very nervous herd of elephants, not far from their home village. On closer inspection they detected the reason: a small elephant calf has fallen into an old well. The terrain was extremely rough and inaccessible to vehicles. Villagers couldn’t help the elephants as the herd was very agitated and getting close on foot would have been far too risky. For more than a day the herd tried to pull the calf out of this hole, with no success, so with a heavy heart the matriarch must have decided that for the safety of the herd they would have to abandon the calf. By the time the rangers had rescued the calf, the herd had disappeared, and could not be found. The decision was made to evacuate the calf.
This happened in an isolated area in southern Tanzania, between Lake Rukwa and Lake Tanganyika, so far away that the calf had to be airlifted to safety, her condition being critical. She had been born into a herd that is known to cross in and out of Tanzania into Zambia.
Savannah acquired bad injuries from her countless attempts to climb out of the hole, especially to her mouth, as well as abrasions all over the body. The calf, estimated to have been three months old at the time of her rescue and was very hesitant to drink any fluids. She needed two operations to overcome her injuries.
Savannah became strong enough to be introduced to the small resident herd of orphans – 2 zebras with their surrogate mother Suzie, the sheep – and from then on they enjoyed their bushwalks together. Soon there was lots of interaction between Savannah and the zebras, as she continued to explore them with her trunk, wrapping it around their necks and along their backs. She quickly developed a special bond with one of zebras, called Lerangwa, and the two of them were in regular physical touch. The nasty wounds in Savannah’s mouth have finally healed leaving only scar tissue and the bad memories of severe pain in the mouth.
As time went by, little Savannah was not so little anymore! She gained not only in weight, but also in confidence. She was full of energy and totally mischievous. Savannah would often ambush the zebras, once one appeared, Savannah launched her chase with ears out wide and head held high, trunk pointing forward – just as an adult elephant would launch a mock charge. It was a game all enjoyed, and often the zebras galloped around Savannah, bucking and jumping, engaging Savannah in a race and chase. In July, another elephant calf was rescued – so now there was a new friend with a trunk.
Still a baby herself at only 2 ½ years, Savannah has confidently taken over the role of matriarch of the little herd that in the meanwhile has grown 5 trunks strong. Savannah is as happy as can be and is doing an amazing job at keeping her baby herd under control, and she takes great care of everyone. 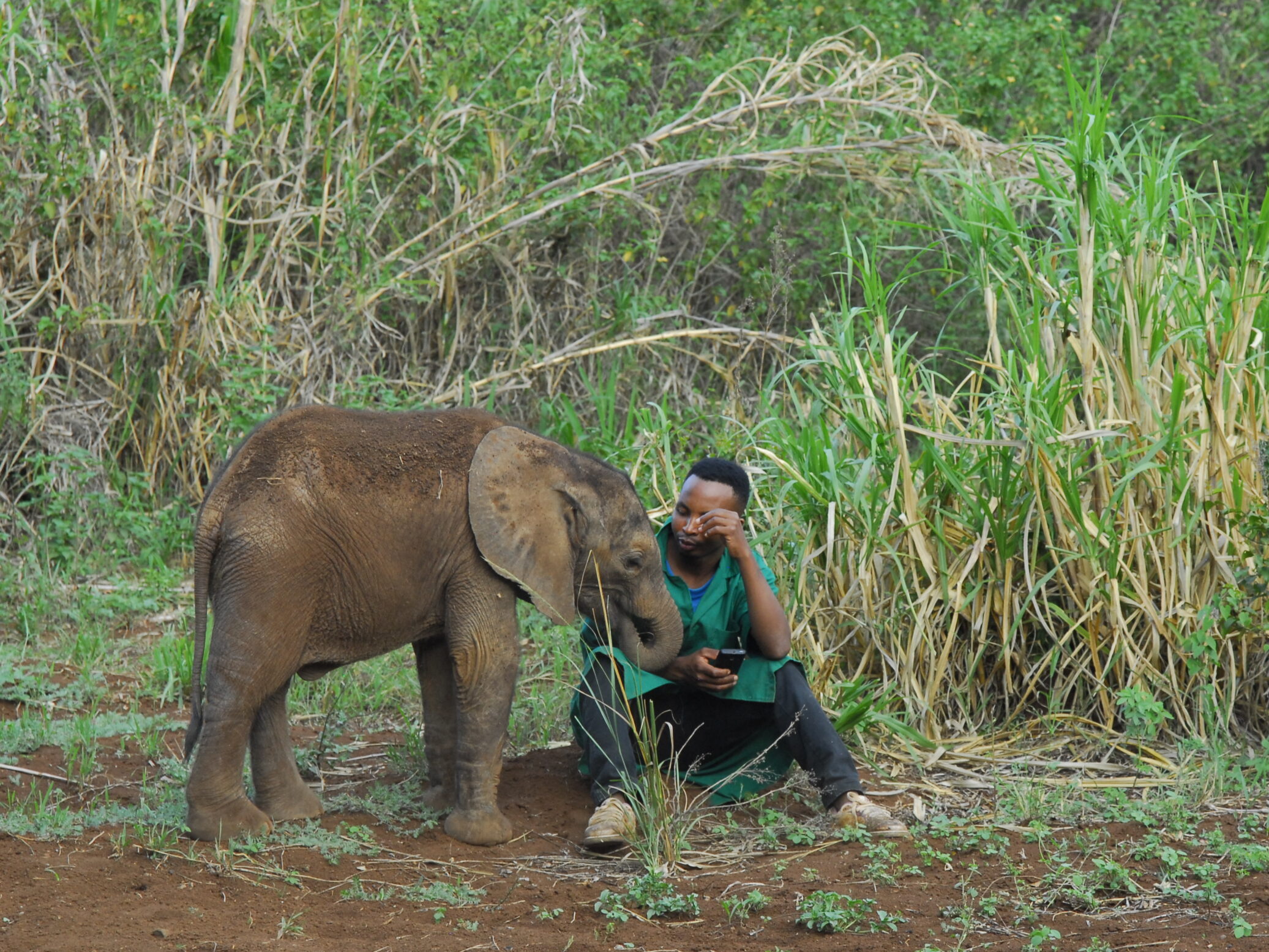 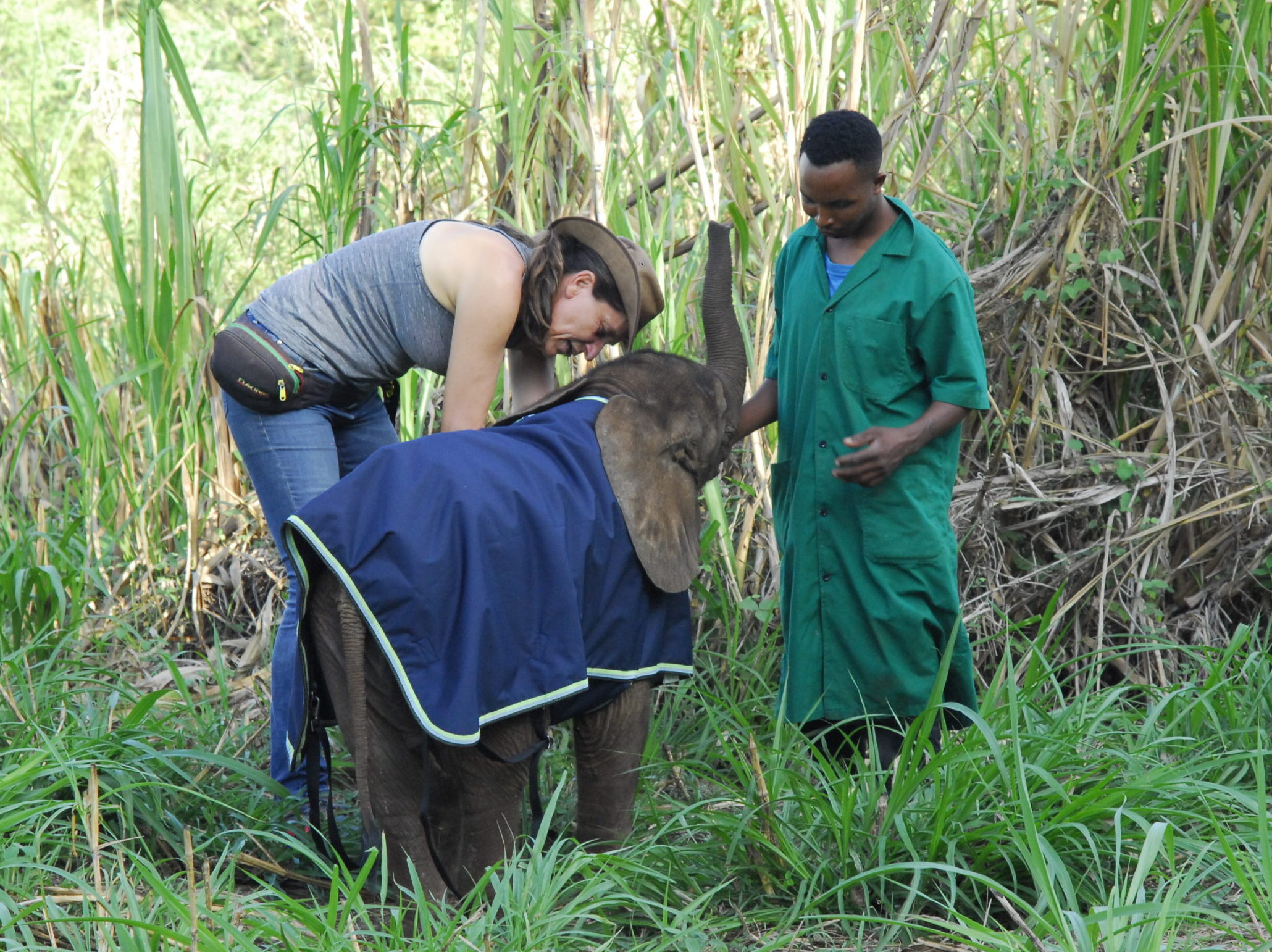 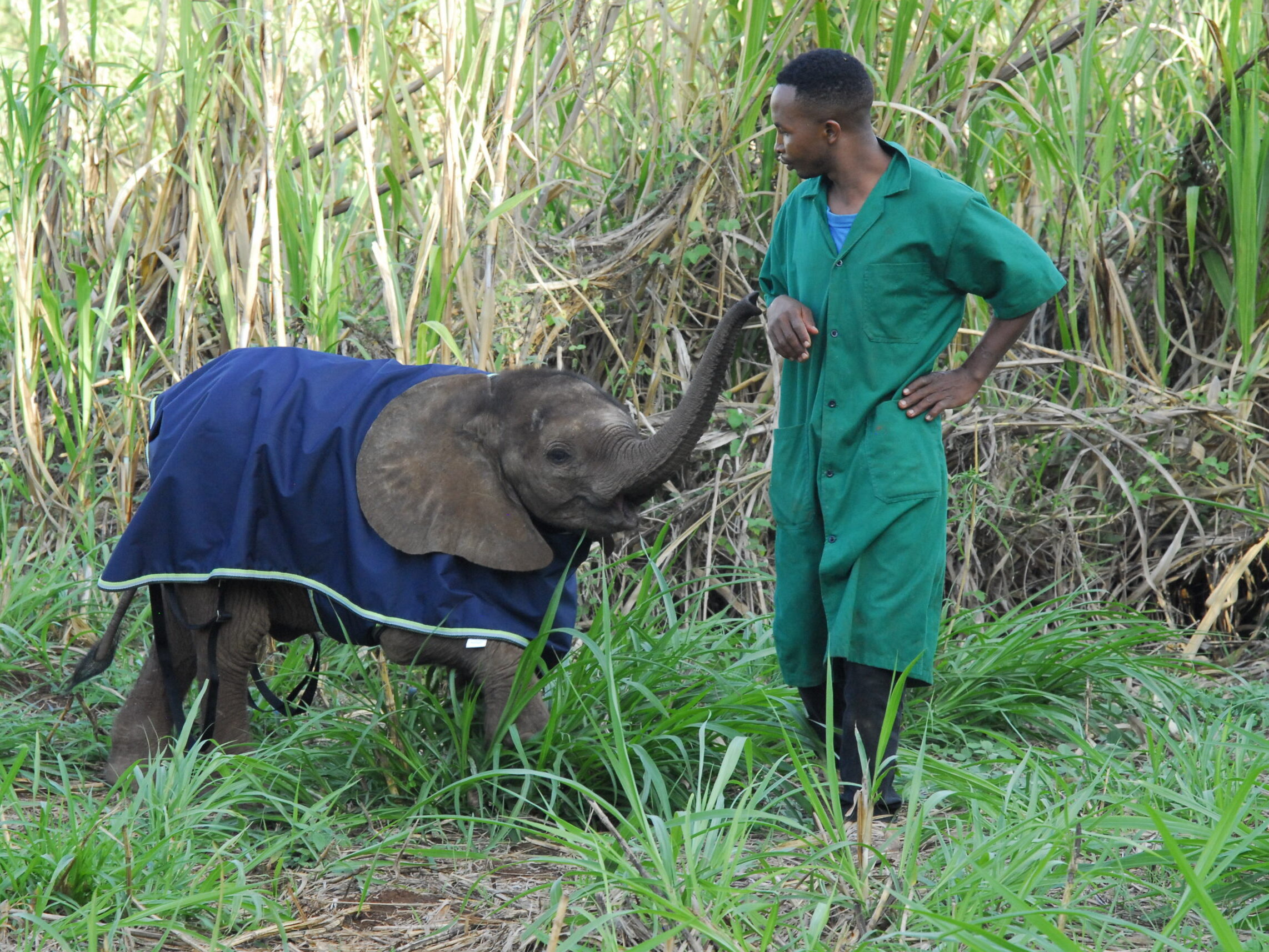 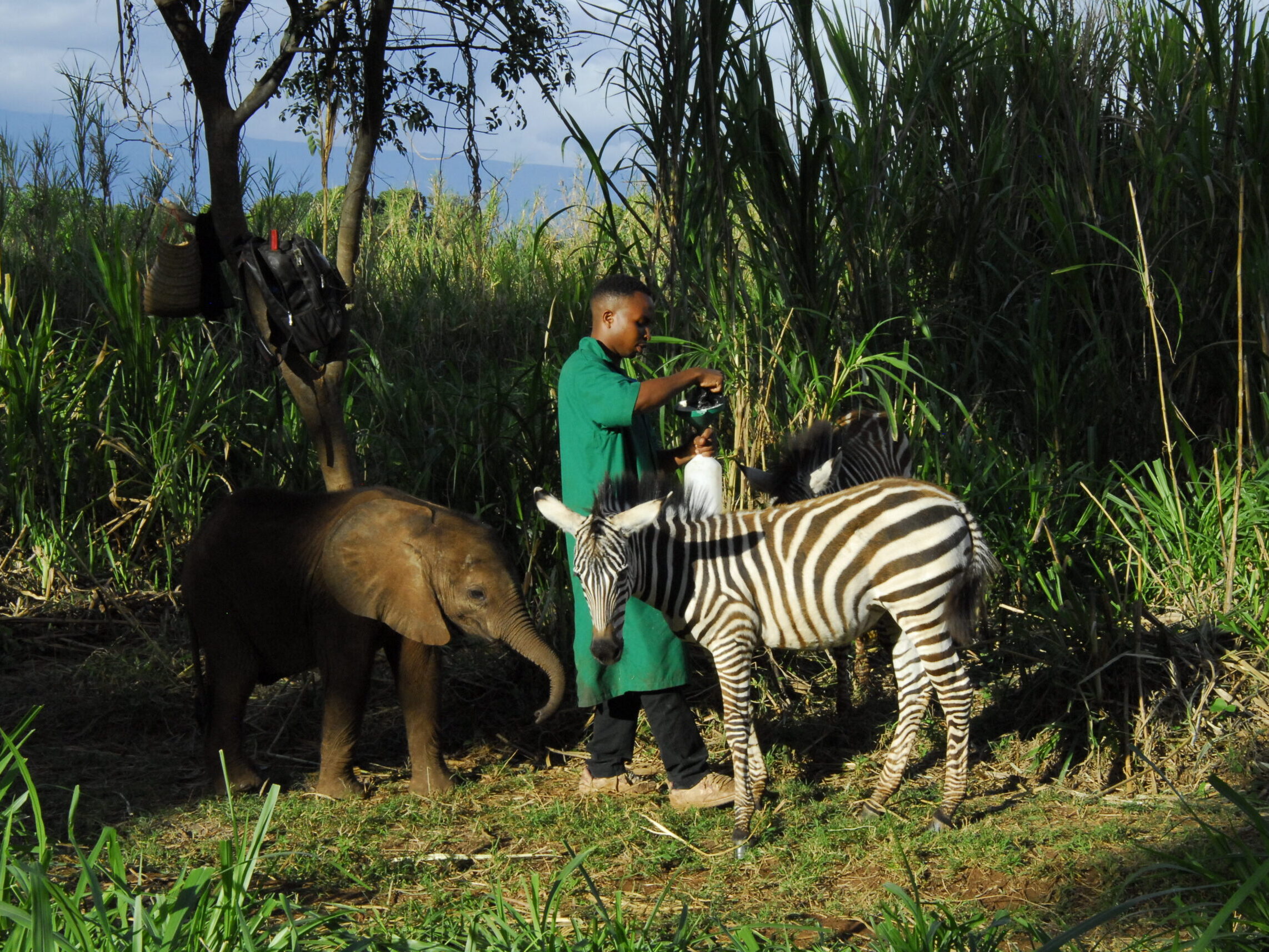 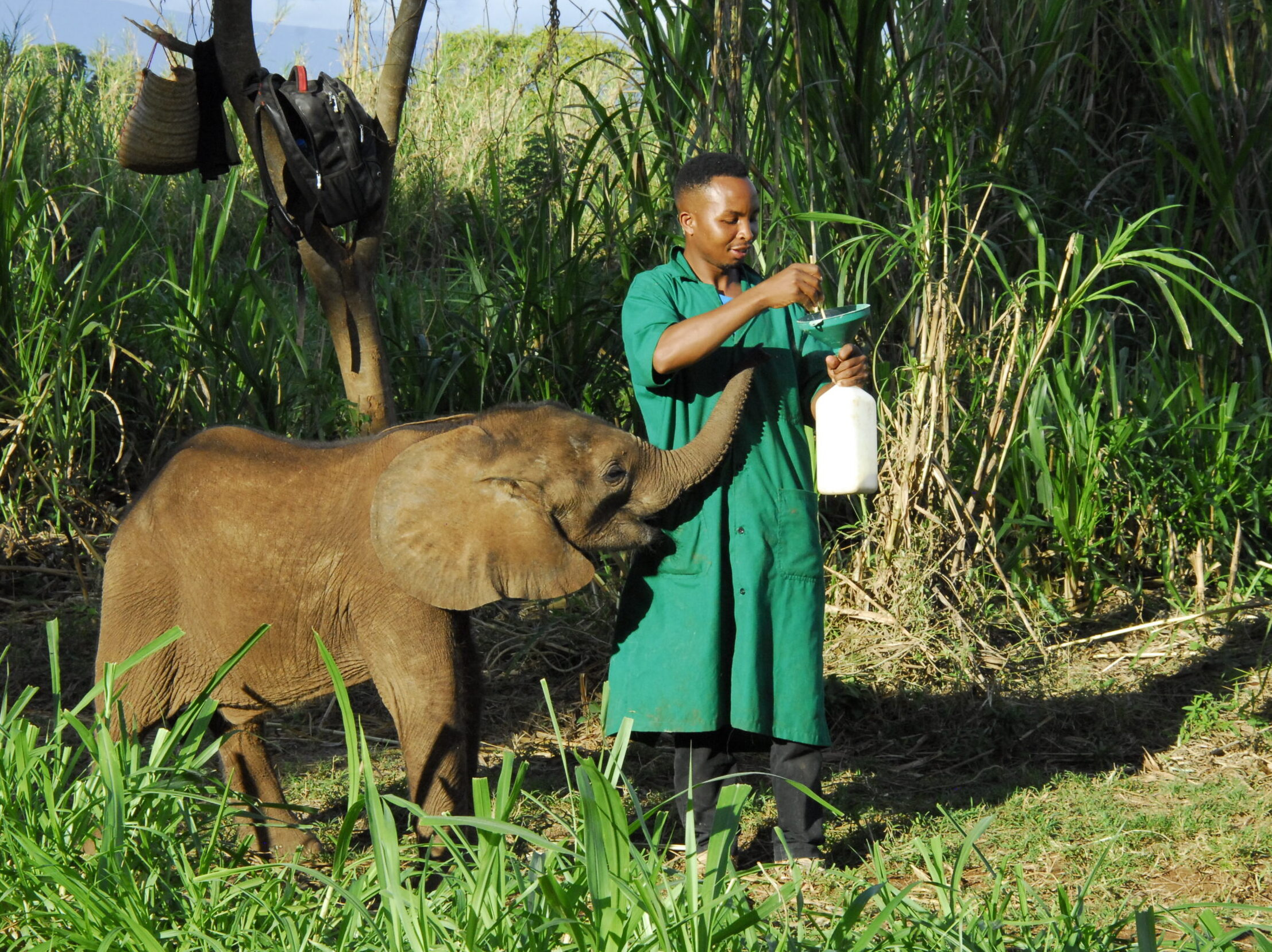 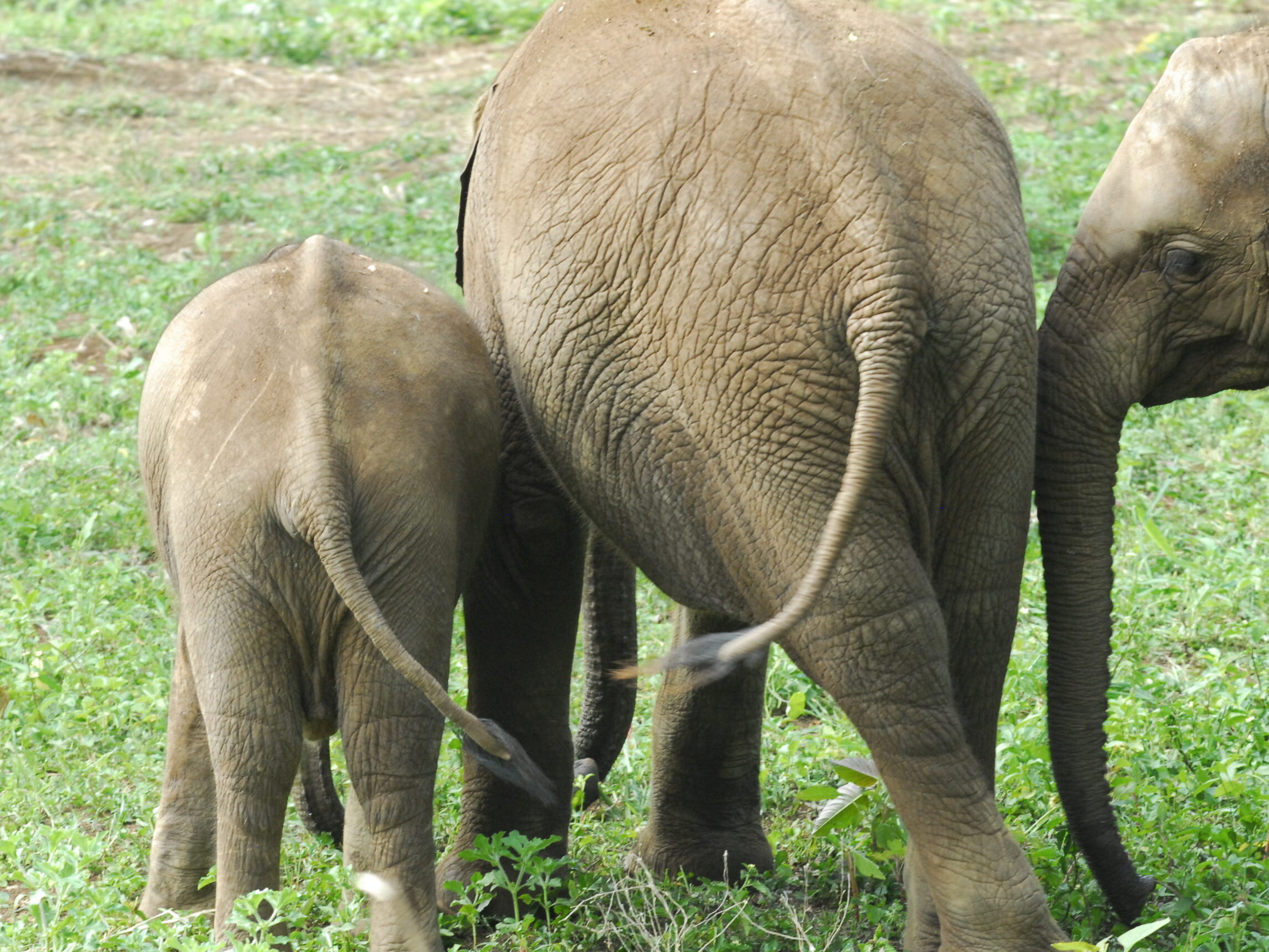 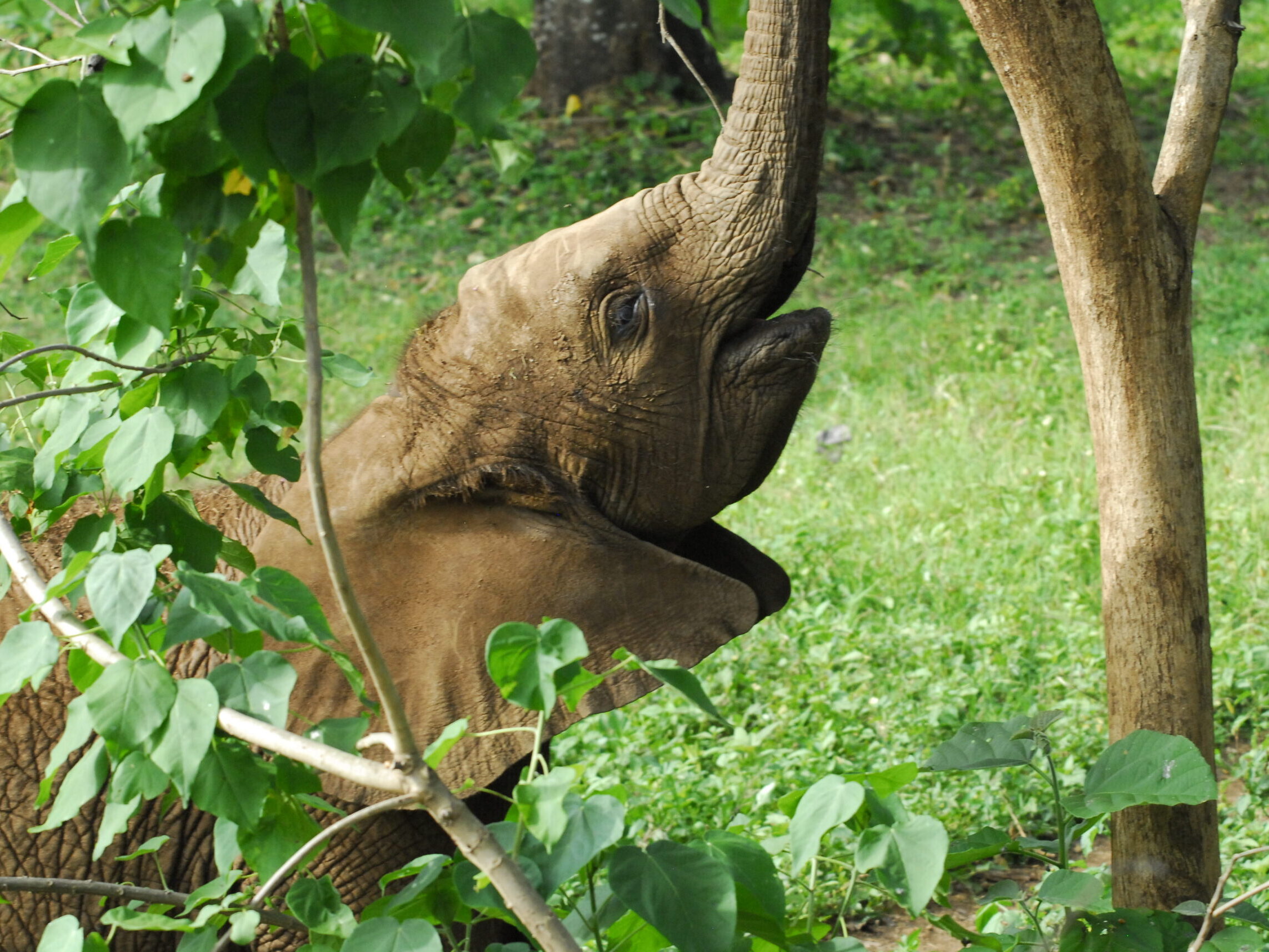 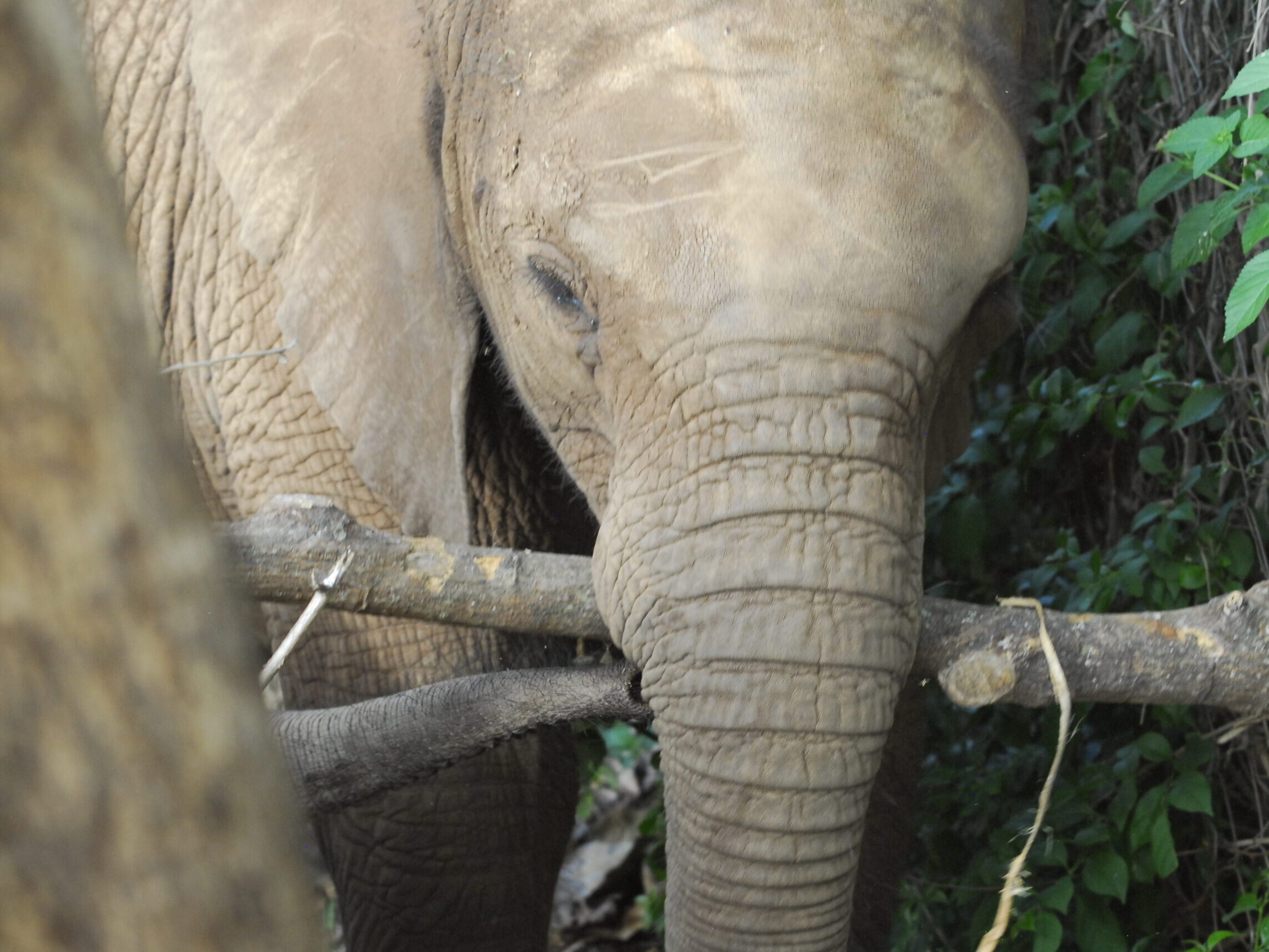 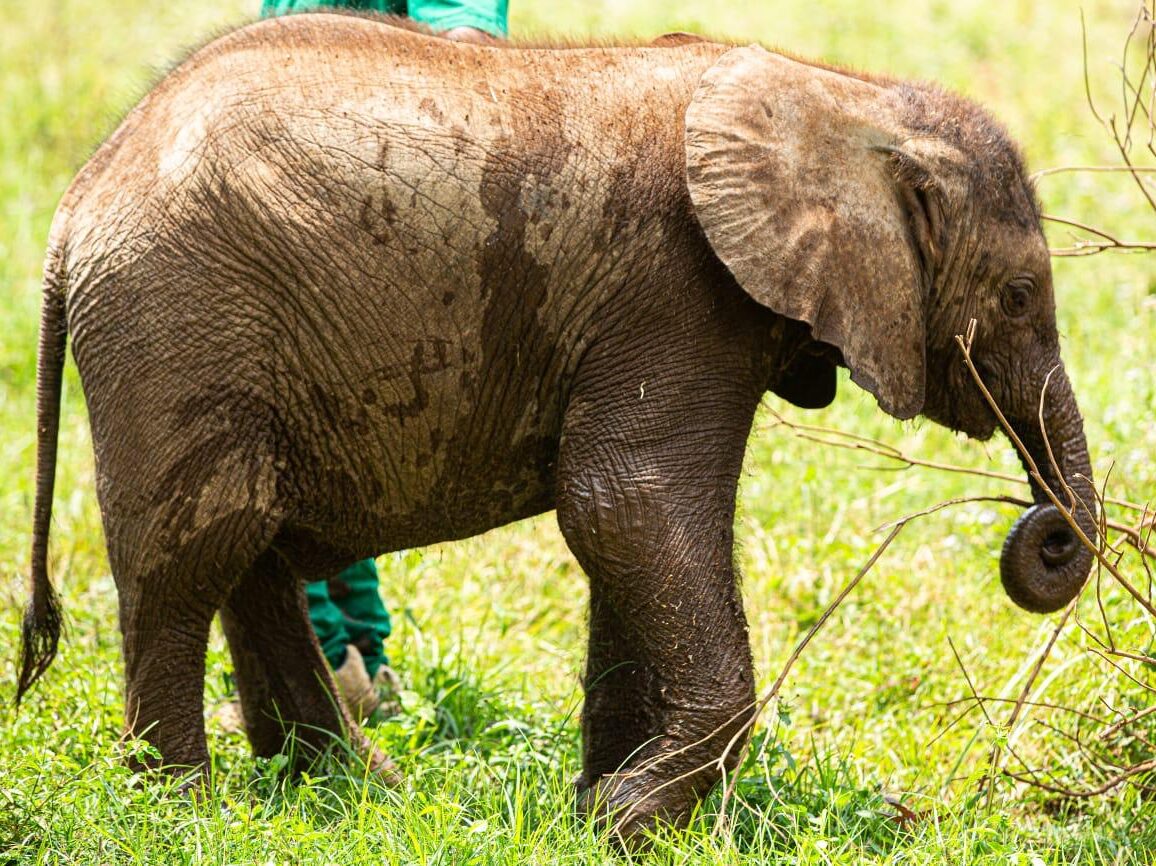 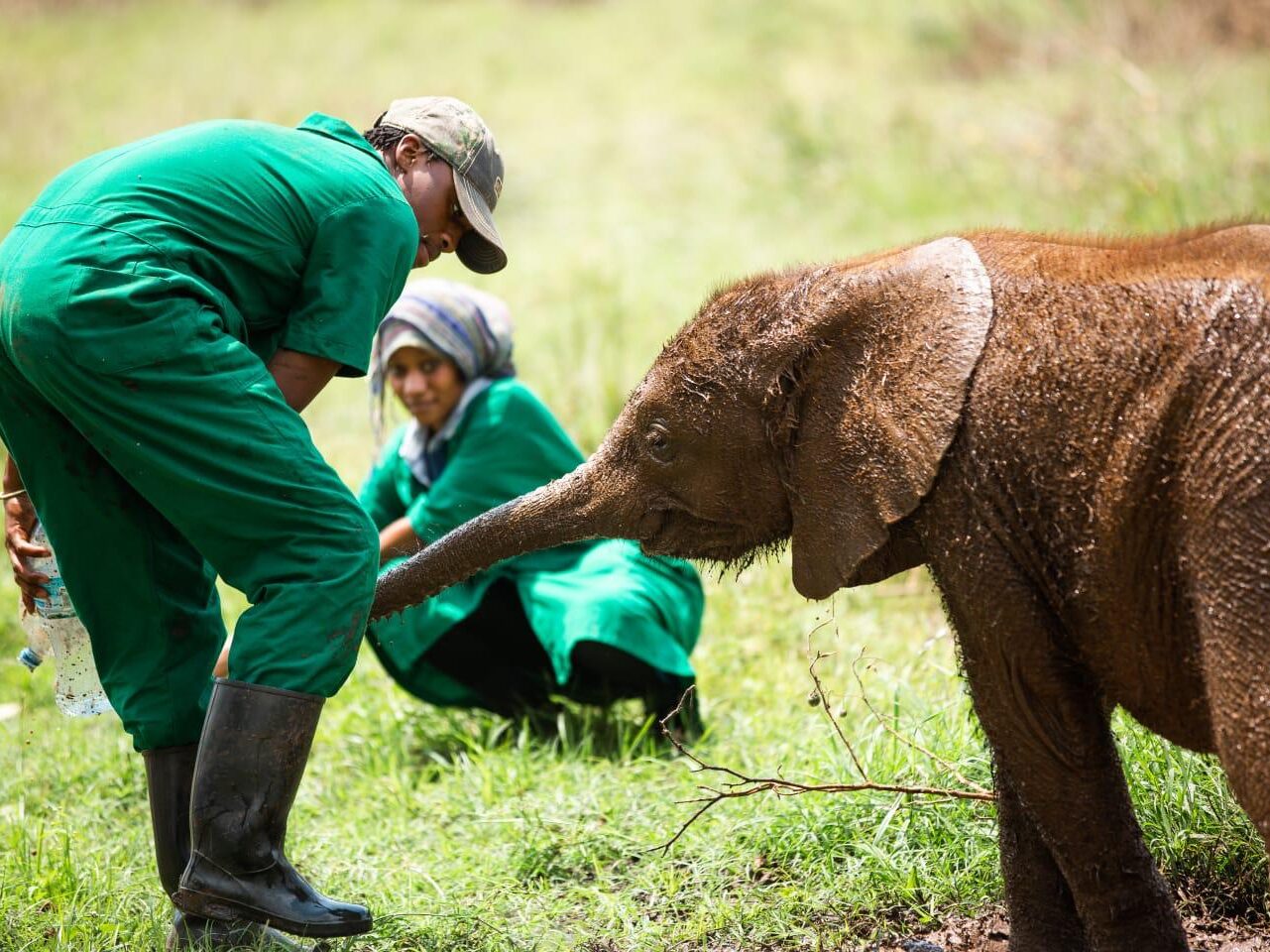 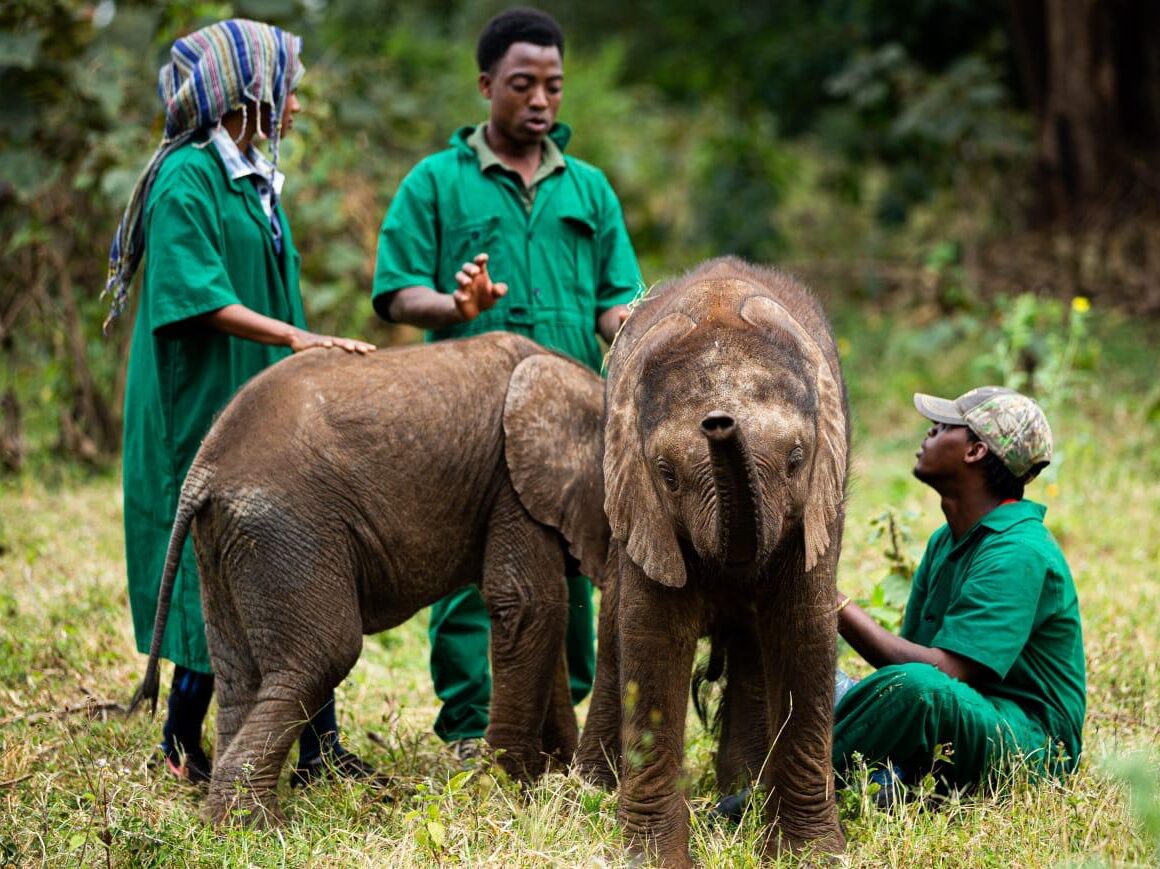 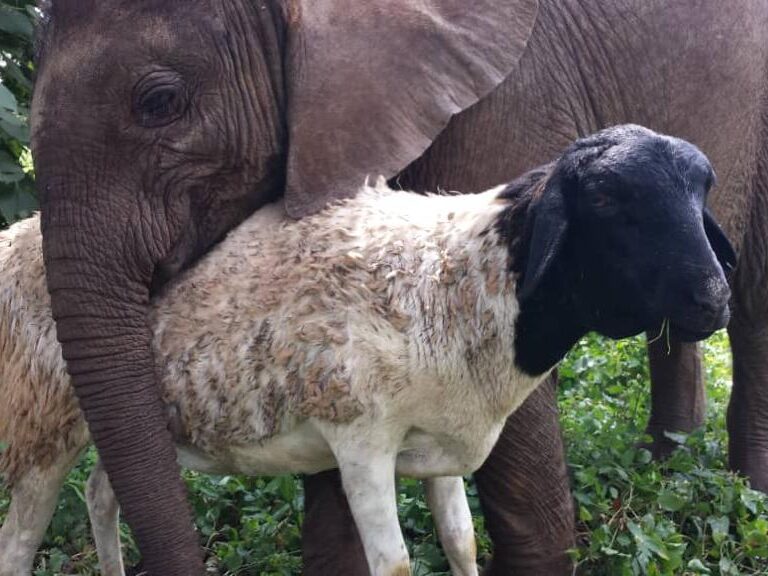